The most significant development of the company in the last year was the acquisition of 21st Century Fox Film and Television Studios by 718 billion USD in June 2018. In this way, the company obtained the broadcasting rights of X-Men, Avatar, Simpsons, National Geographic, etc.

We can see that the details that need attention are in the Media Network and Studio Entertainment items. These items have a 7% increase and a 27% decline. The decline in revenue in the first quarter of 2019 may be due to the attack on Netflix and other streaming platforms. The second quarter is expected to be announced on 7 May.

One of the news that can positively affect the company is the strong growth of IMAX in China. IMAX Box Office performance in the Chinese New Year increased by 40% compared to last year. The biggest reason for this is that Disney’s Marvel Studios films are in great demand in China as well as the rest of the world. IMAX China Holding, Inc. made a statement that this momentum will continue until the end of 2019. Finally, 20th Century Fox, Disney’s latest film Alita: The Angel of War, broke a record in China with 78 Million USD worth of box office. On the other hand, Disney will soon release a service called Disney + and recently announced that all Marvel series will be included in this service.

Finally, we can talk about Netflix, one of Disney’s competitor. – We made a great profit last year –

BBC and ITV are planning to publish a rival platform to Netflix called Britbox. For the platform to be released in the second half of 2019,  BBC says that 43% of internet users in the UK are interested in subscribing to BritBox, which we think is a high percentage. The Streaming market appears to be moving in the coming months. On the other hand, when we look at the Oscar Awards, the production of a Netflix film, ’Rome‘, was a candidate for the best film and best director awards with two prestigious awards. Couldn’t get the best film award; but the best director went to Rome. The Academy may begin to consider Netflix productions for the best movie in the coming years. Netflix, on the other hand, is not currently a film maker, but a streaming service. It is not easy to see Netflix to be 21st Century Fox in the short term.

Financial results of the company are above the sector average

On the Weekly Chart, Stock broke the triangle and completed its correction. 110 $ acts as strong support.

On the daily chart, DIS is printing an Inverse Head & Shoulders Pattern. The breakout of neckline – 115.10 $- may trigger the bullish movement.

We plan to buy DIS

Update: As we said, miracles need time. We have reached our first target. 115.50 key level is broken. Breakout of 117.20 will trigger the bullish move. 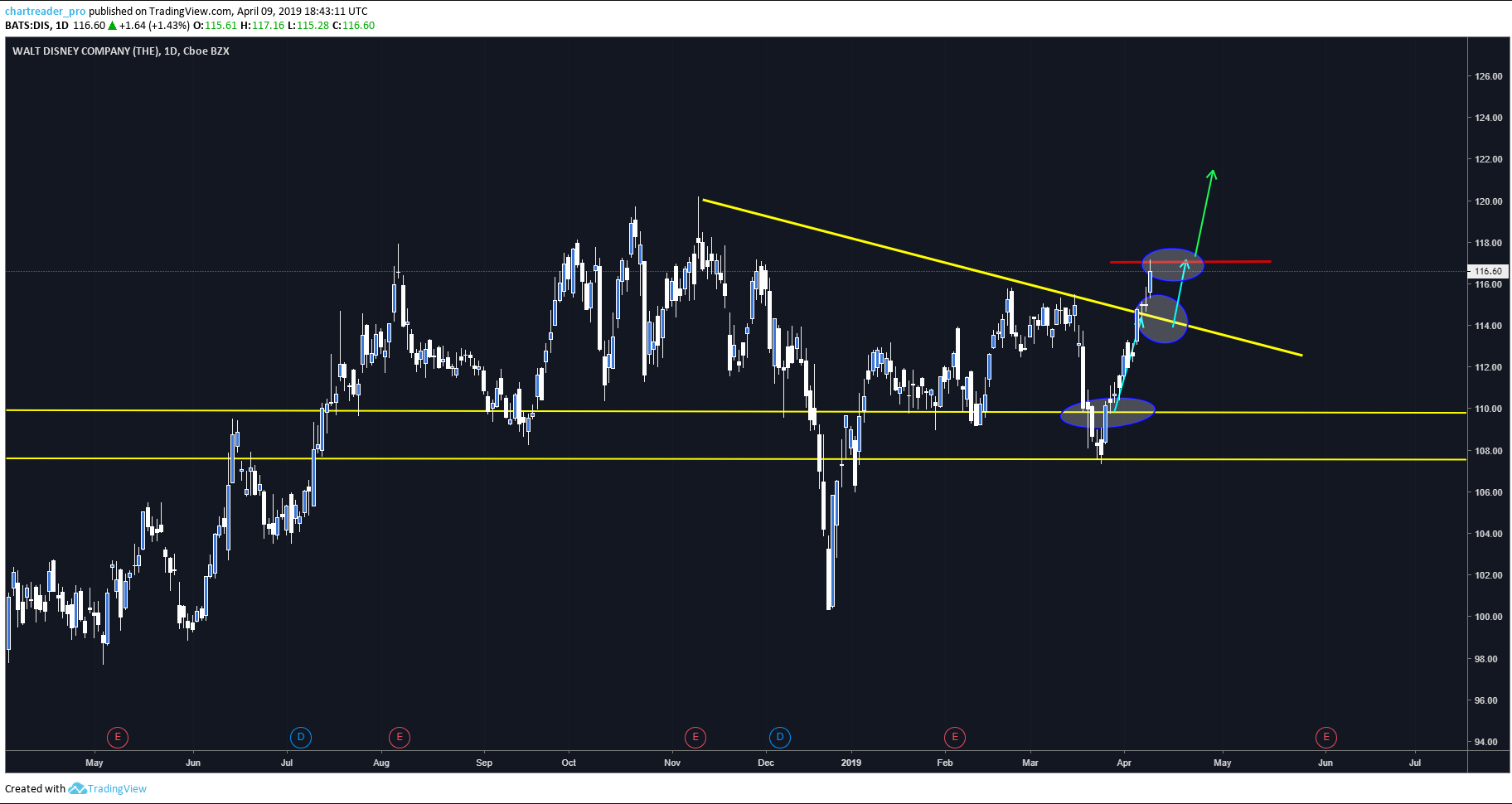 Update: We have reached the target. The first big trade of the year. 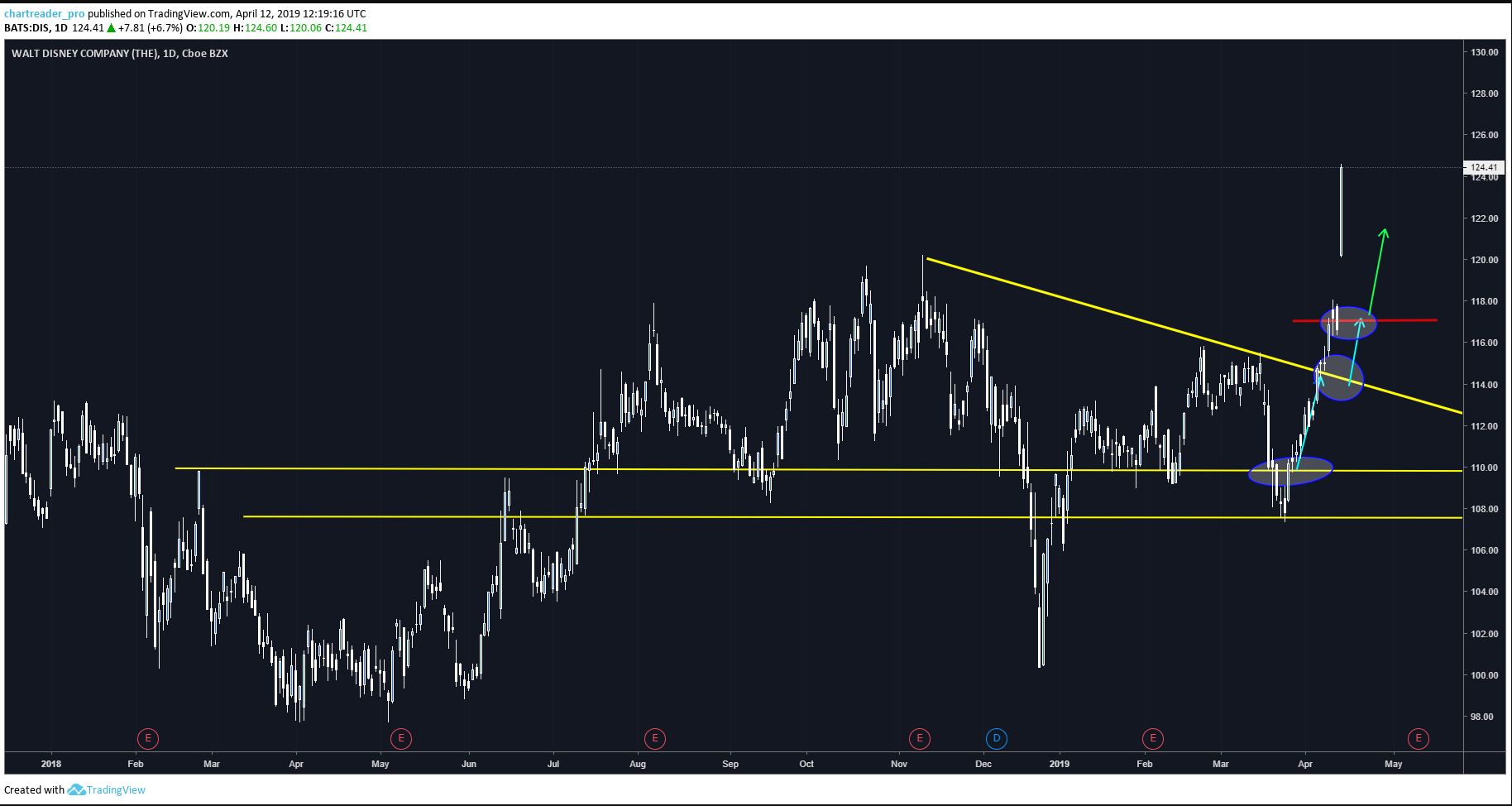 DIS: Information on these pages contains forward-looking statements that involve risks and uncertainties. Markets and instruments profiled on this page are for informational purposes only and should not in any way come across as a recommendation to buy or sell in these securities. You should do your own thorough research before making any investment decisions. Chartreaderpro does not in any way guarantee that this information is free from mistakes, errors, or material misstatements. It also does not guarantee that this information is of a timely nature. Investing in Forex involves a great deal of risk, including the loss of all or a portion of your investment, as well as emotional distress. All risks, losses and costs associated with investing, including total loss of principal, are your responsibility 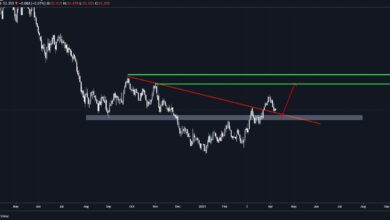 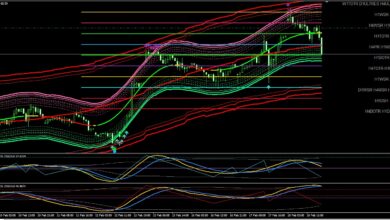 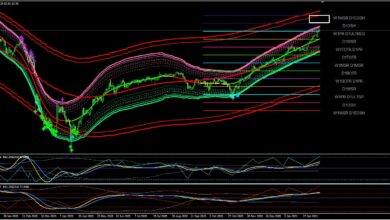 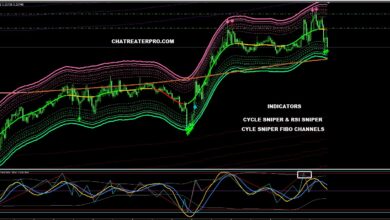