Biden vows to hunt down those responsible for deadly Kabul attacks. These are the best and worst places to be right now as delta surges. Evergrande is poised to dump more of its empire. Here’s what you need to know this Friday morning.

Hunt Them Down
President Joe Biden vowed to continue evacuations from Afghanistan after explosions in Kabul killed 12 U.S. service members, and said the U.S. will hunt down those involved in the attacks. The explosions outside Kabul’s airport killed at least 70 people and wounded many more, escalating the dangers of the huge and chaotic evacuation effort. The Pentagon said the Islamic State was behind the attack, which included two suicide bombers and militants opening fire into stunned crowds. General Kenneth McKenzie, head of U.S. Central Command, said he expects more attacks. Here’s why the events overnight are stoking fears of a Jihadi revival, and how Islamic State relates to the Taliban.

Awaiting Jackson Hole
Asian stocks are set for a cautious start as traders weigh hawkish Federal Reserve comments ahead of the Jackson Hole symposium and geopolitical tension following the blasts in Afghanistan. The focus in Asia will also be on Chinese technology stocks, which are sliding again on disappointing earnings and Beijing’s curbs on private industries. Futures were little changed for Japan and Hong Kong but lower for Australia. U.S. shares fell from records. The dollar climbed. Treasury yields edged higher.

Worst Places
The delta variant is upending every model of success that’s emerged in the past 18 months, sending economies once ranked as among the best places to be during Covid tumbling. In Bloomberg’s covid Resilience Ranking the U.S. has tumbled, while Southeast Asian countries make up the five worst performers. Europe has been the most resilient in dealing with delta, with a middle-ground strategy of widespread immunization and reopening based on vaccination status. These are the best and worst places to be as delta wrecks reopening plans. Meanwhile, forecasters predict 100,000 more U.S. deaths by December if people don’t change their behavior; Xi Jinping pledges China will strive to hit key economic milestones while fighting the virus; and the hybrid work revolution is already transforming sluggish economies.

Fire Sale
Under mounting pressure from financial regulators to shore up its finances, China Evergrande is poised to dump more of its sprawling empire. The clock is ticking for billionaire Hui Ka Yan and his company, which is laden with $300 billion in liabilities to banks, suppliers and homebuyers. Despite getting temporary relief from some major creditors, the message from policy makers is clear: Evergrande must resolve its debt woes fast enough to avoid roiling the world’s second-largest economy. That means demonstrating its goodwill by quickly selling assets, potentially at steep discounts. Elsewhere, China Huarong Asset Management is set to reveal the full extent of its financial health after flagging record losses last year and clinching a government-orchestrated bailout to keep it from the precipice.

Human Rights
Vice President Kamala Harris says she raised human-rights concerns including the release of imprisoned dissidents in meetings with Vietnamese officials after facing criticism from activist groups. Harris hailed U.S.-Vietnam ties during her trip, offering vaccines and Coast Guard assistance while signing a 99-year lease for the American Embassy in Hanoi. Earlier in the week, Harris warned that China poses a threat to countries in Asia, while reassuring nations in the region the U.S. won’t force countries to choose between the world’s biggest economies. 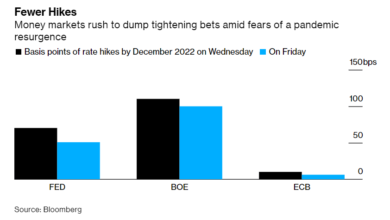 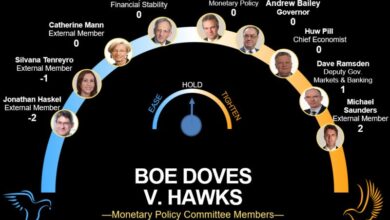 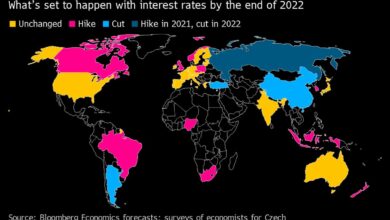 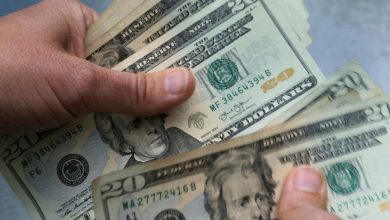