Oil extended its slide, falling to the lowest in more than two decades, on concern the world is rapidly running out of places to store crude after output cuts proved insufficient to cope with plunging demand.

Futures in New York fell 16% to around $15 a barrel after losing almost a fifth of their value last week as the deal by OPEC+ and other producers failed to counter the demand hit from a crippled global economy. The current May contract expires Tuesday, however, with the more active June futures falling by around a third as much on more than five times the trading volume. Global benchmark Brent crude was only down around 1%.

European Central Bank officials have held high-level talks with counterparts in Brussels about creating a eurozone bad bank to remove billions of euros in toxic debts from lenders’ balance sheets.

The plan to deal with debts left over from the 2008 financial crisis is being pushed by senior ECB officials, who worry the coronavirus pandemic will trigger another surge in non-performing loans (NPLs) that risks clogging up banks’ lending capacity at a critical time.

But the idea faces stiff opposition within the European Commission, where officials are reluctant to waive EU rules requiring state aid for banks to be provided only after a resolution process imposes losses on their shareholders and bondholders.

“The lesson from the crisis is that only with a bad bank can you quickly get rid of the NPLs,” Yannis Stournaras, governor of the Bank of Greece and member of the ECB governing council, told the Financial Times. “It could be a European one or a national one. But it needs to happen quickly.” (FT)

In the news
China’s economy shrinks China’s economy shrank at the start of the year for the first time in more than 40 years after the coronavirus pandemic ended an era of uninterrupted growth. Now, hopes for a strong recovery are at risk from new infections and a collapse in exports. (FT)

Norwegian oil fund rocked by expenses scandal The incoming and outgoing chief executives of Norway’s $1tn oil fund are embroiled in an expenses scandal that raises questions over the leadership of the world’s largest sovereign wealth fund. (FT)

World Bank to issue ‘pandemic bonds’ The Washington-based institution will pay out $132.5m to some of the poorest nations affected by coronavirus although critics question whether the payout is too late to be effective. (FT)

India moves to curb Chinese corporate takeovers India has tightened its foreign investment rules to block “opportunistic takeovers” by its neighbours, acting on concerns that Chinese buyers could use the coronavirus pandemic to snap up weakened Indian companies. (FT)

Global Citizen raises $128m for coronavirus relief An all-star line-up that included Beyoncé, Lady Gaga, Stevie Wonder and Lizzo broadcast performances from their homes to television watchers around the world as part of the humanitarian group’s effort to raise money for pandemic relief aid. (Associated Press)

The day ahead
Brexit talks Discussions beginning Monday will be the first of three virtual negotiating rounds between now and early June. The UK will refuse any EU offer to extend the Brexit transition. (FT)

People’s Bank of China meeting The central bank will meet on Monday as Beijing seeks to cushion the massive hit to the economy from the coronavirus pandemic. (FT)

IBM earnings The tech company is set to benefit from the lockdown when it posts results on Monday, thanks to a surge in demand for cloud services. (FT) 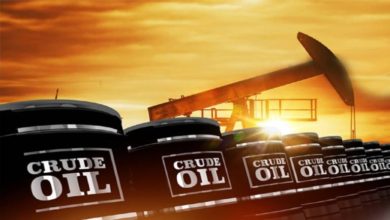 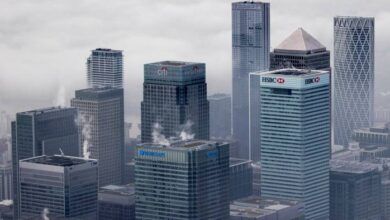 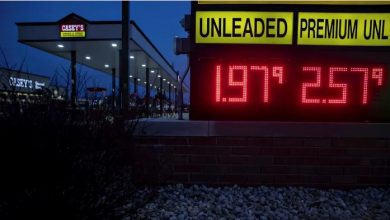