A top central banker has warned that fund managers trading currencies could be in breach of their duty to clients, if they use rates set by daily benchmarks and fail to shop around for a better deal.

Guy Debelle, deputy governor of the Reserve Bank of Australia and chair of the Global Foreign Exchange Committee, which coordinates standards for central banks and private sector companies in the currencies market, told the FT that asset managers must consider whether trading at benchmark rates delivers good value for their customers.

“The key question in my view is whether trading at the fix is best execution or not,” Mr Debelle said. “Investors need to be able to convince themselves that it is best execution for their purposes if they continue to use it.”

Awareness of the apparent shortcomings of the benchmarks is rising. A liaison group hosted by the European Central Bank noted “serious concern” about the volatility surrounding fixings at a meeting in March — the first time central bankers have directly addressed the topic in several years. The committee Mr Debelle chairs, known as GFXC, also highlighted problems in June.

Refinitiv, the owner of the 27-year-old WM/R benchmark, started discussions in April about lengthening the calculation window, prompted by the ECB group. 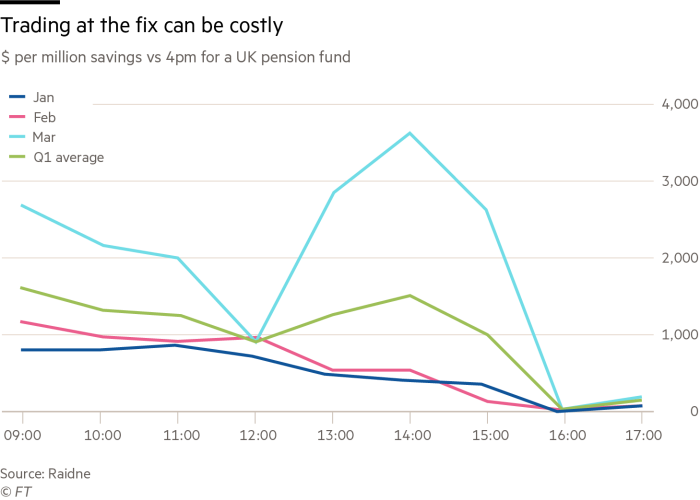 The company said it was “committed to ensuring that the WM/Reuters FX benchmarks are robust and provide . . . rates which can be trusted and used in confidence.” It added: “We consider market engagement to be imperative and will be evolving our processes to include a greater element of public feedback going forward.”

The $6.6tn-a-day foreign exchange market trades 24 hours a day, five days a week, so many investors have grown used to using the WM/R daily fix as a reference price, particularly when they are trying to track international stock or bond indices that also use the same currency rates.

Mr Debelle agreed that the benchmark is often “hard baked” into legal agreements that govern how far asset managers can diverge from the indices they follow. But he indicated that using the 4pm fix without understanding the risk of additional costs was unacceptable.

Using that rate might be the most cost-efficient method in many cases, he conceded. But it is “absolutely the right thing to do” to question if the benchmark is appropriate for all investors at all times, he added. “Overall the industry makes it out to be much harder and more expensive to move away from the fix than it really is.”

Some investors defend the use of benchmarks. Andy Maack, global head of trading at Vanguard, the $5.7tn-in-assets group, argues that the rush of trading at 4pm each day makes the fixing time the “epicentre” of the market where demand and supply meet. He estimates that as much as one-fifth of daily deals take place at that point.

“So far the WM/R has served its purpose,” Mr Maack said. 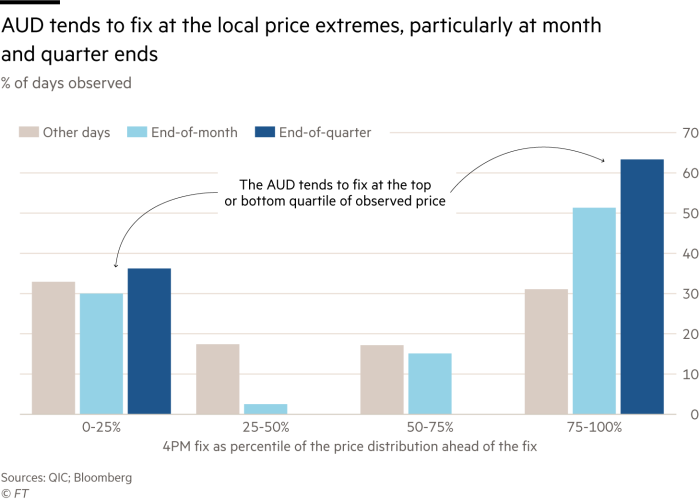 But many market insiders have argued for years that trading at benchmark calculation times provides poor value for clients. Seven years ago, the WM/R benchmark was at the centre of the global regulatory probe into exchange-rate manipulation, which resulted in an extension of the calculation window from one minute to five.

However, the costs of using it can be high. One study from data company New Change FX, which produces a rival benchmark to the WM/R, showed that trading at 4pm costs 15 times more than doing deals at noon. QIC, an Australian pension fund, has called for an end to “methodically and naively trading at the fix.”

Christian Schoeppe, consultant and former head of trading at German asset manager DWS, said “smart players are making money from the fix every day by trading the predictable moves”.

Richard Purssell, head of currency trading at Insight Investment in London, says he uses the benchmark only when following explicit instructions in a legal agreement.

“If every time you logged on to book a flight you found a discount code had expired a few minutes beforehand and was then reapplied minutes after you logged off, you would soon adapt your behaviour,” he said. 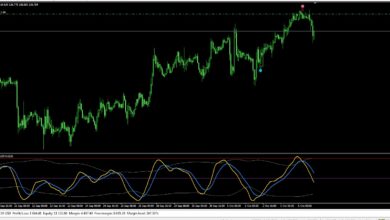 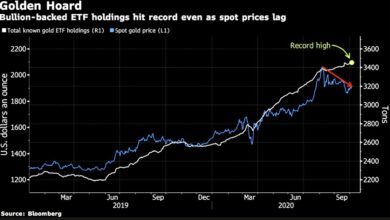 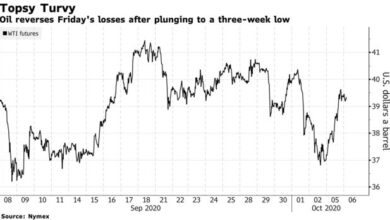