Saudi Arabia is pushing Opec and its allies to announce a deeper oil production cut as the group meets in Vienna, in a bid to prop up prices ahead of a potential glut in supplies next year. Opec members are expected to discuss increasing the level of output curbs by at least 400,000 barrels a day at Thursday and Friday’s meetings in the Austrian capital, according to three people briefed on the talks, while extending the agreement deep into 2020.

The rising hopes of a cut being announced helped boost the oil price on Wednesday. Brent crude, the international benchmark, rose 4 per cent to $63 a barrel. An existing deal stipulating supply cuts of 1.2m barrels a day expires at the end of March.

The increase would take the reduction to 1.6m b/d. The move comes as analysts have warned that the crude market could be heavily oversupplied in the first half of next year, and as the strength of the global economy has been undermined by the US-China trade war. It also comes as Prince Abdulaziz bin Salman, the Saudi energy minister who was appointed in September, tries to stamp his authority on the group and pushes for greater compliance among producers. The kingdom has already threatened to ramp up its output should others not fulfil their share of cuts.

But traders and analysts attending the meeting have cautioned that Saudi Arabia’s strategy does not appear designed to push prices significantly higher, saying that the cartel is looking to reassure the market rather than having any grander ambitions such as raising the price to $70 or $80 a barrel. “There’s increasing recognition in the group that they need to take action to support the market in the first half of next year,” said Jamie Webster at Columbia University’s Center on Global Energy Policy. “But this is more of a defensive action designed to prop up the price above $60 a barrel.”

Brent crude has traded near $60 a barrel for much of 2019, lower than its average level last year but without testing the depths seen in 2015 and 2016, when crude collapsed to below $40, causing widespread hardship for oil producing countries.

Amrita Sen at Energy Aspects said Opec and its allies — particularly Russia, which has partnered with the group since 2016 — would be wary of throwing a lifeline to the US shale industry, which has started to show signs of slowing after years of bumper growth.

The so-called Opec+ alliance has a current target of reducing output by roughly 1.2 per cent of global supply. But analysts warned that an official increase to the cut, if agreed, might not result in the removal of a significant number of additional barrels from the market.

Saudi Arabia had already been pumping far below its production target, before the attack on some of its critical oil facilities in September. “The market might be underwhelmed with a 400,000 b/d cut as it would essentially only codify what the group — and Saudi Arabia — was producing before the attacks,” said Ms Sen. “Prices have lagged the physical tightness we’re already starting to see in the oil market, so this can be viewed as an attempt to give it a boost.”

Analysts also cautioned that the alliance could still agree to just extend the existing deal. On Thursday shares in Saudi Aramco, the state oil company, will be priced ahead of the company’s long-awaited stock market flotation. At the Opec meeting Saudi Arabia is also expected to focus on encouraging members to stick to the terms of the existing deal. Some countries, including Russia and Iraq, frequently pump above their target levels. “These meetings are about production cuts through . . . strict compliance [with the existing deal], or additional cuts,” said Anas Alhajji, an adviser to oil companies and oil-producing countries. “The case for a larger cut is overwhelming.”

How the financial markets' plumbing got blocked 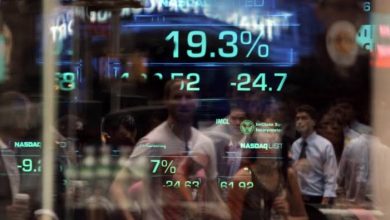 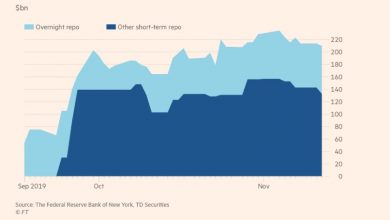