The elite Islamic Revolutionary Guard Corps claimed responsibility for the barrage, which the Pentagon said was launched from Iran. Fifteen missiles were fired, 10 of which hit the Ayn al-Asad base in western Iraq and another facility in Erbil, according to two U.S. officials. Another struck the Taji air base near Baghdad while four fell out of the sky.

Stocks dropped and oil rose on news of the Iranian strike, though crude later pared its gains. The big question is the extent of any U.S. casualties, because that is likely to influence the White House thinking on potential retaliation. For now it’s not clear if there were any fatalities and the Pentagon said the bases had already been on high alert.

Let’s look at the market’s reaction:

Oil and U.S. Stocks
West Texas Intermediate crude futures initially jumped by as much as 4.4% while CME E-mini S&P 500 Index futures tumbled by more than 1%. The moves eased later as there were no signs of an immediate military response from Washington.

Treasuries, Dollar/Yen
Ten-year Treasury yields dropped more than 11 basis points to 1.70% before paring much of the loss, and the dollar swung against yen. Further conflict in the Middle East could send 10-year Treasury yields to as low as 1.6% in the short-to-medium term, said Kyle Rodda, analyst at IG Markets in Melbourne. 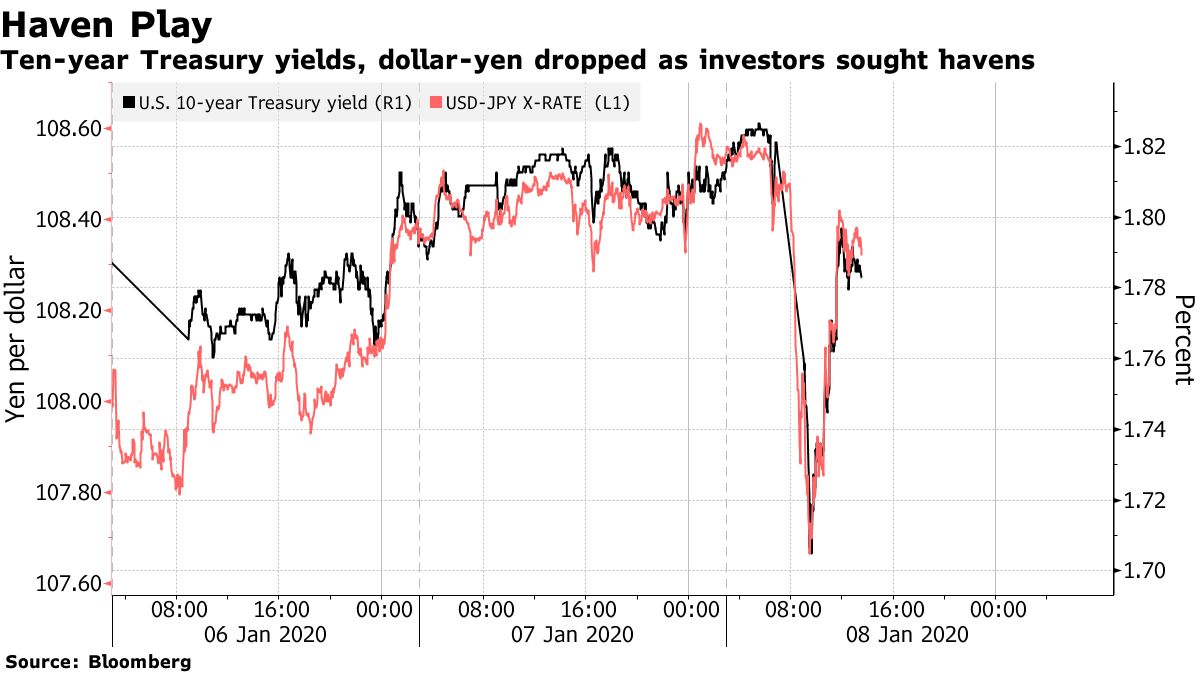 Volatility
The Nikkei Stock Average Volatility Index soared as much as 4 points and CBOE Volatility Index January futures advanced almost 3 points, as options traders scrambled to reprice future expectations for swings in stock markets. The moves retraced as investors stepped in to buy the dip in risk assets.

Looking at the GOLD daily chart;

The precious metal rose through $1,600 an ounce to the highest level since 2013 before retreating from its highs.

It is obvious that the demand for safe havens will gain weight. Closing above 1600$/Ounce may open the doors for new highs. 1625$ 1657$ and 1687$ are the next targets of the metal under the current political conditions. 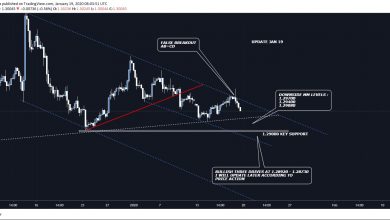 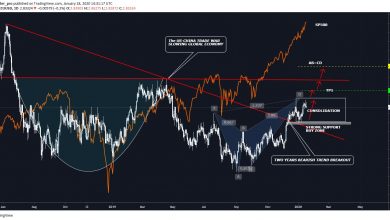 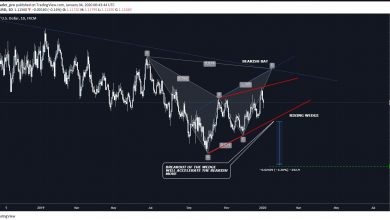