Progress being made in trade talks, plane crash raises safety concerns over Boeing’s 737 Max, and a slew of data will shed light on how China’s economy is faring. Here’s what’s moving markets this morning.

Some Progress … But Still Talking
People’s Bank of China Governor Yi Gang said the U.S. and China have reached consensus on many crucial issues in their trade negotiations, and have discussed previous commitments made by Group of 20 nations on avoiding competitive devaluation of currencies. They also talked about respecting the “autonomy” of each other’s monetary policy, he said. Still, Yi evaded any mention of a one-sided pledge by Beijing to hold its currency stable. That issue has been a key sticking point in talks in recent weeks, as President Donald Trump pushes for a deal. That may cap any yuan gains. On Sunday, Trump’s chief economic adviser Larry Kudlow also said trade talks are making “headway.”

Second Boeing 737 Max Crash
A Boeing Co. 737 Max operated by Ethiopian Airlines crashed shortly after takeoff Sunday, killing all 157 people on board, as the second deadly accident in five months raises fresh concerns about the U.S. manufacturer’s best-selling jet. The pilot reported problems shortly after takeoff. A Lion Air plane of the same model plunged into the Java Sea off the coast of Indonesia on Oct. 29, killing 189 passengers and crew. A preliminary report indicated that pilots struggled to maintain control following an equipment malfunction. Boeing said it was preparing to send a technical team to assist the accident investigation of the Ethiopian Airlines plane, which was delivered new in November to Africa’s biggest carrier.

Market Open
Asian equity futures are narrowly mixed after U.S. stocks fell Friday on the jobs report, capping the worst week of the year. Treasuries rose, with 10-year yields hitting a two-month low. Oil was mostly flat while gold advanced. The Aussie is slightly lower, while the kiwi and yen are little changed against the dollar. Here’s what to watch out for this week: the U.K. House of Commons votes on Prime Minister Theresa May’s revised Brexit deal; Chinese Premier Li Keqiang gives the closing news conference of the National People’s Congress and U.S. President Donald Trump is expected to deliver his 2020 budget. On the data front, U.S. CPI is due Tuesday, while durable goods and PPI are out Wednesday. All eyes on key Chinese economic data on Thursday when retail sales, industrial production and fixed-assets investment are out. The Bank of Japan unveils its monetary policy decision and holds a briefing Friday.

World’s Biggest Election
India will hold elections from April to May to decide whether Prime Minister Narendra Modi wins a second term as leader of the world’s largest democracy. Around 900 million voters — 84 million more than in 2014 — will elect 543 lawmakers to the lower house of parliament, according to the election commission. Voting will run in seven phases from April 11 to May 19 and counting will take place on May 23. Opinion polls show Modi, who secured biggest electoral victory in three decades in 2014, may win the most seats but fall short of majority.

Hong Kong Tightens Liquidity
Hong Kong faces the likelihood of rising borrowing costs after the city’s de facto central bank intervened to defend its currency peg for the first time since August. The Hong Kong Monetary Authority bought HK$1.51 billion ($192 million) of local dollars during London and New York trading hours after the currency fell to the weak end of its trading band. While the size of the buying was small relative to some of the HKMA’s interventions last year, continued weakness in the currency may prompt the central bank to drain more liquidity. That would intensify pressure on home values in the world’s most expensive property market, and weigh on the city’s economy.

Yen Bull on action
Yen bulls seem to have reached breaking point and are closing their positions, but they may be running too soon. Citigroup’s gauge of trader positioning has retreated from last week’s peak — the highest since October 2015 — suggesting some funds that continued to back the currency through its recent slide have capitulated. Yet the technical picture still points to strength. The dollar-yen has been making lower highs since October, had a death cross at the end of January, and a bearish flag pattern may be forming.

There are enough concerns about global growth and uncertainty over everything from a U.S.-China trade resolution to North Korean tensions, from Brexit to auto tariffs, that one can easily make the case for a haven yen. In Japan the price barometer points to deflation risk this summer, which could boost real yields — something the currency has been closely tracking. And Japanese investors often repatriate overseas funds ahead of the close of the fiscal year in March. The argument for a stronger yen hasn’t dramatically changed. So there’s every chance the yen bulls heading for the exit suffering sellers’ remorse. 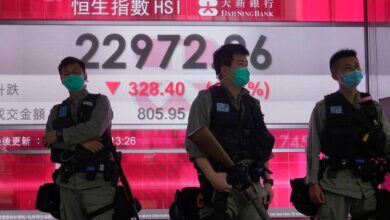